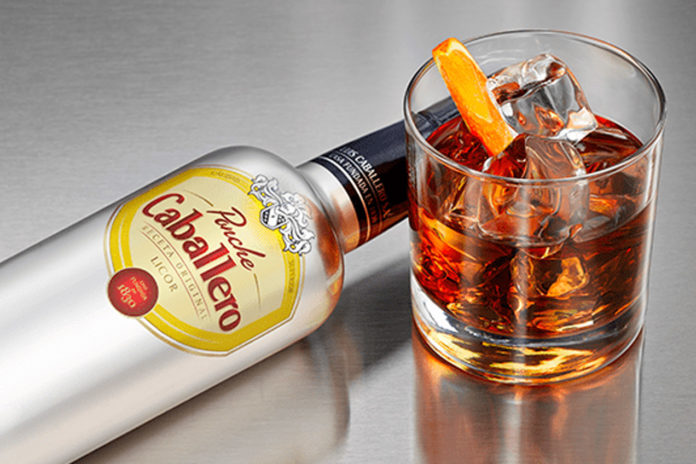 Ponche Caballero is a unique, genuine Spanish liqueur made to a secret recipe which is over 180 years old. Amber in colour, with aromas of orange, vanilla and spices the liqueur has a sweet and intense flavour and is ideal to drink on it’s own with plenty of ice, combined with soft drinks, in unique cocktails or as a shot with lime cordial. The word ponche is Spanish for punch and originates in Persia. Here it was called panj which means five and reflected the five ingredients which were brandy, sugar, lemon, water and tea. The drink got into the hands of the East India Company and was introduced to the British colonies in the early 17th Century, During the 18th century punch consumption spread throughout the western world and it’s recipe was adjusted to suit local tastes and the type of sprit available. It was considered a drink for celebrations and special occasions.

In 1830 Jos  Caballero, from Galicia in northern Spain created his own punch using a local liqueur with brandy based liquor from Andalucia and spices coming into the country at El Puerto de Santa Maria. By 1917 the punch, originally conceived for the Caballero family, was becoming well known and they started to bottle small quantities to meet local demand. From 1943 the drink was starting to spread throughout the country. The bottles were wrapped manually in silver paper as a tribute to the traditional silver punch bowls in which it was originally made and served. This is the reason why the bottle is still silver to this day. In 1969 the Ponche Caballero company developed the first metallic spirit bottle in the world and process that had never been seen before but which has since  been imitated by many others. The silver bottle has become an icon in Spain. Although the actual recipe is secret we do know that the main ingredients are brandy from Spain, orange peel from the best Andalucian oranges, cinnamon from Sri Lanks, Vanilla from Mexico, clove from Madagascar and nutmeg (believed to be an aphrodisiac) from Indonesia.

Ponche Caballero is now the best selling liqueur in Spain and ranked among the top 10 worldwide. It is enjoyed in over 30 countries. Look out for the silver bottle in your local bar and give it a try.

As you drive into Marbella you will enter the...
Read more
Blog

Wine has been produced in the Malaga area for...
Read more
Entertainment & Activities