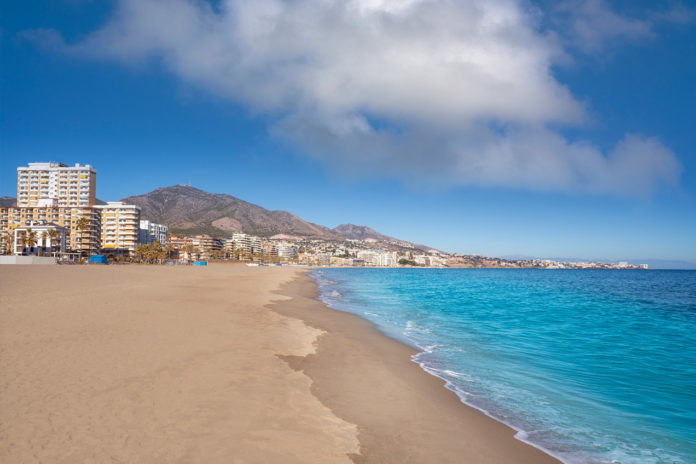 Fuengirola is one of the smallest municipalities in the Malaga province, but this has not prevented its eight kilometres of coastline from making it an important tourist resort with nice beaches like Carvajal, Torreblanca del Sol, Los Boliches, La Gaviotas, Santa Amalia and El Castillo. The centre of Fuengirola is conserved in its layout, in the structure of its streets, squares, gardens and houses, the air of a typical Andalusian town. Short narrow streets with shops, bars and restaurants still branch out from the Plaza de la Constitution.

The promenade spans practically the entire coastline of Fuengirola, from the area of Sohail Castle to Santa Fe de los Boliches. Los Boliches was originally a fishing village which, thanks to tourism has grown at a incredible rate. Its origins go back to the 14th and 15th Centuries. At around this time, Genoan merchants were allowed to set up businesses here for the export of salt fish. They fished from vessels called ‘Boliches’, hence the name for the village.

One of the more attractive features of Fuengirola is its port. This is one of the most important suppliers of fresh fish to restaurants in the western area of the Costa del Sol. The cuisine in Fuengirola is characteristic of the gastronomy of the coast of Malaga province. Some of the seafood delicacies available here include anchovies, red mullet, squid, saurel etc. But the town boasts a variety of international restaurants offering dishes from all over the world.

Sohail Castle, is Fuengirola’s most important monument and was built (or rebuilt) in the 10th Century. The castle played a key role in warding off Christian and Barbary Coast pirate attacks from the sea. The castle has an octagonal ground plan and formerly had a tower on each of its sides. Today only six towers remain.

In the early 19th Century, Spain was invaded by French troops led by Napoleon, who occupied Sohail Castle from 1810 to 1812. The battles that took place during this period seriously damaged the fortifications. After an attempted invasion by the English, it was the Spanish armies led by General Francisco Ballesteros, who finally put the French to flight. The work of restoring the castle continues even today and like everything else in Fuengirola it is definitely worth a visit. If you do visit it may seem familiar as it was used for a well known lager advertisement.

Use the train to visit Fuengirola if you are staying in Torremolinos or Benalmadena alternatively there is a bus which runs along the seafront every half hour.

Laura has many years of experience in the hospitality...
Read more
Blog

It´s great to welcome you all back to Spain....
Read more
Entertainment & Activities